Gen Kelsang Kunden is a Canadian Buddhist nun and the Resident Teacher at Avalokiteshvara Kadampa Buddhist Centre in Guelph. Kunden has been studying Buddhism for over 21 years and was ordained by Venerable Geshe Kelsang Gyatso Rinpoche in 2002.  Since 1998, Gen Kunden has worked for the New Kadampa Tradition in Canada, Asia, and the United States.  Gen Kunden emphasizes the practical application of modern Buddhism in a clear and light manner. 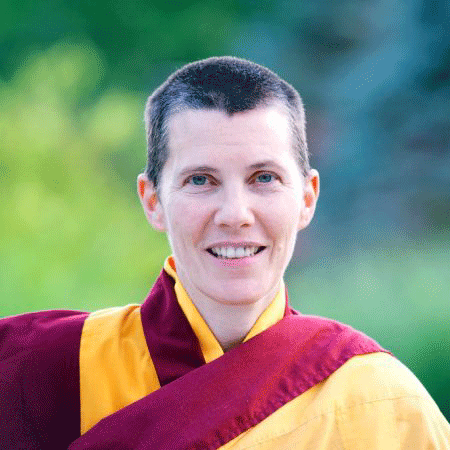 Kelsang Kunden is a close disciple of Venerable Geshe Kelsang Gyatso and has been practising Buddhism since 1998. Kunden is the Resident Teacher of Avalokiteshvara Kadampa Buddhist Centre. She teaches most of the drop in classes, the Foundation Program and weekend courses and retreats at the Centre and at branches.